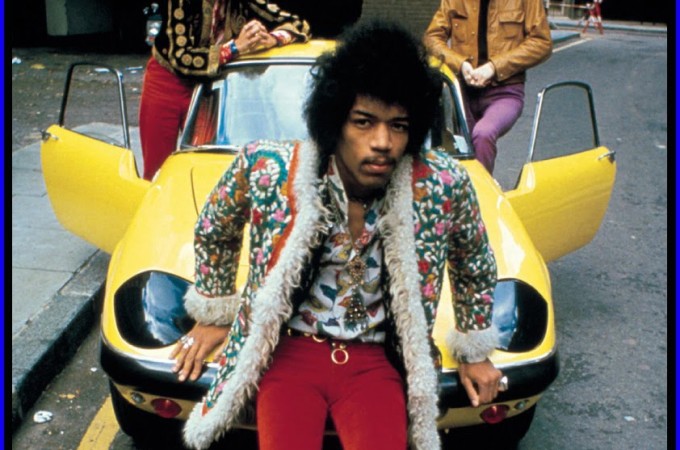 Jimi Hendrix is widely considered to be one of the most influential electric guitarists of popular music. What we care about at LotusElan.net is the great photos he took with the Lotus Elan. And…. Well…. um…. actually the Lotus Elan S3 fixed head coupe belonged to Jimi Hendrix’s bassist Noel Redding. Noel Redding is the person standing on the left side of the car.

Jimi Hendrix did not own a Lotus Elan, but did take a great photograph with one. Jimi had a limited mainstream music career of only 4 years. Jimi is recognized for developing the technique of using guitar amplifier feedback and incorporating it into the music.

If you own a Lotus Elan FHC with a previous owner of N. Redding from Ireland, then you own the famous Jimi Hendrix car. Take a look. You never know.