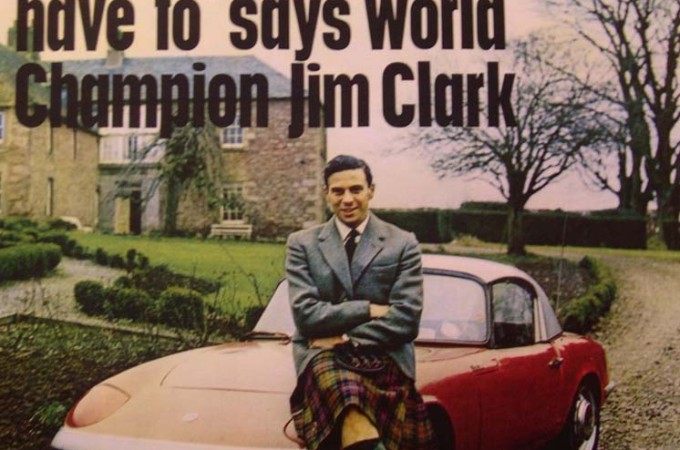 There are many famous Lotus Elan owners. Jim Clark holds a special place in all of our hearts as a Lotus Formula 1 Driver. The only driver to win the Indianapolis 500 and the Formula 1 Championship in the same year.

The image to the right is an advertisement for the Lotus Elan produced by Lotus Cars.

Jim Clark’s personal Elan was an Lotus Elan S3 FHC. The yellow Lotus Elan is a picture of the S3 Elan of G?rard Crombac, this photograph was taken at Monthlery 98. The Lotus Elan of Jim Clark was sold to his friend Gerard Crombac (French journalist of “Sport Auto”) in April 68. It was NLD 550 E and it is now 707 LN 91 still in possession of Gerard Crombac. The car had been restored at Lotus factory, but the most parts of the car have been kept original because this car had been driven by Jim Clark. The current owner, Gerard Crombac, it the author of ‘Colin Chapman, The Man and His Cars’.