Newbie with a Restoration Project

Decided to join up as I'm starting the research phase for [one of] this winter's project[s]. 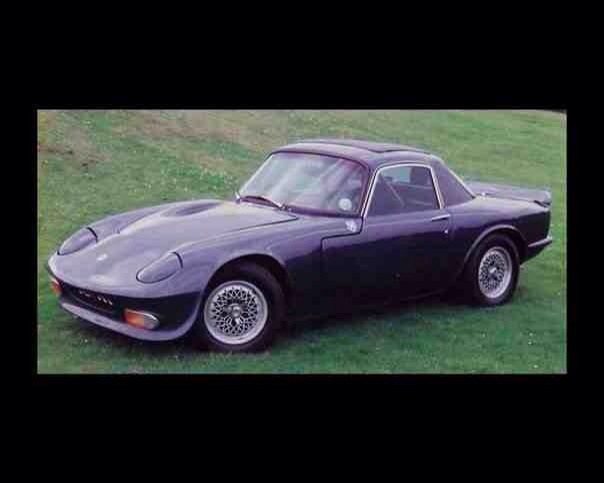 My dad's Elan. He says its an S3, I'm not so sure, so that'll be one of the first parts of the project! Happily enough I have the full workshop and build manual for it, not so great is they were once left in the boot of the car whilst it was getting washed and it wasnt the best sealed

Its apparently 1 of 2 Elan's used by Vegantune as hardtop Evante prototypes so that will throw some extra interest in to the mix. Certainly its had a few ropey body repairs done in its time before we got her and these will need rectified. Its been in the family for about 20-25 years I think, but hasnt moved in the last 12. After shelling out a wad of money fixing various issues it was taken out for a Sunday drive and decided to breakdown, hence its been in the bad books ever since.

Looking at getting her back in working order over the winter as a bit of an ease-in-to-retirement project for my dad. I'm not in a rush, it's only getting done once so its getting done 100%.

Certainly looks more Evante than S3 to me. Maybe there is an S3 underneath. Whats the engine, is it the Vegantune one or a Lotus twincam? There is a fair bit on this site about the Evante have a search. Here is the latest discussion only a couple of months ago:
http://www.lotuselan.net/forums/free-parking-f45/evante-far-superior-t31622.html

Malc welcome & good luck with the restoration. You could try emailing Jane Robinson at the Evante owners club she may be able to shed some light on the history of the car i was chatting to her at Silverstone Classic & she said the prototype Vegantune VTA engine was put in her escort for testing that would have been interesting at the time
Ian

I am a retired mechanical engineer from the chemical process industry. Like you and your father, I want to do it correctly and only do it once.

Please make sure you realise what you are getting in to. I have been restoring my car for 7 years now. I don't work all day every day, I don't have the energy, but I do work whenever I have the energy and no other domestic duties. The car has fought me every inch of the way and I sometimes think it will win. I am currently trying to make the sump fit correctly. The damned thing is so distorted that with the bolts correctly torqued I can still slip a 0.004" feeler through to the inside of the crank case. It would be an exaggeration to say that nothing fits, but it often feels that way.

elansprint wrote:Malc welcome & good luck with the restoration. You could try emailing Jane Robinson at the Evante owners club she may be able to shed some light on the history of the car i was chatting to her at Silverstone Classic & she said the prototype Vegantune VTA engine was put in her escort for testing that would have been interesting at the time
Ian

What happened to George Robinson and their son I haven't heard anything about them for decades.
Bill Williams

From what I've been told (and not yet done my own due diligence on), they used 2 hardtop and 1 convertible Elans as prototypes for the Evante.

The other prototype hardtop is now in Canada and this one was missing presumed dead with stories doing the rounds about it getting written off by a crash with a Range Rover.

It's got some damage on the front where it looks like it's had a fight with a tow bar but that's all I can see.

Something I'm pretty sure of is that mice have had a go at the wiring. Should make things fun (I absolutely HATE wiring)

This was last winter's projects:
http://mcnab-racing.co.uk/?cat=18

Think the Lotus will be about 8 months to a year. I don't have the energy for another winter like the last one!