Update - apologies all, I've decided to keep Elan and invest in some gentle garage time - just can't find another similar car to replace it with so makes sense.
-----------------

Hi everyone. First up, I have just had my +2S MOTed (so it has 12 months) but it is in need of some TLC. I'm considering whether to a) pay to get the work done b) part-exchange at a dealer or c) find someone who wants to part exchange with another Lotus.

About the car: It's a black 1974 (so now tax exempt) +2 130S JPS with replacement galvanised chassis. I've recently had the gearbox reconditioned; it's got universal joints instead of donuts (although I still have the donuts if you are that way inclined... they don't look v.nice though!) and it's just had the steering rack refurbished for the MOT. What needs to be done (that I know of):
- Interior is not great!
- Several cracks on the glass fibre
- Engine could do with some TLC (so says the garage)

So I thought I'd post it up here as I might find someone who is up for doing the work (I'm in Norfolk BTW) or who has another Elan (or possibly Espirit) who fancies working on another and doing a swap + cash. Alternatively, if someone wants to come and see the car and make me an offer that could work - but I would just be going out and getting another Lotus anyway

I use it daily, so any exchange would need to be in pretty good condition already. 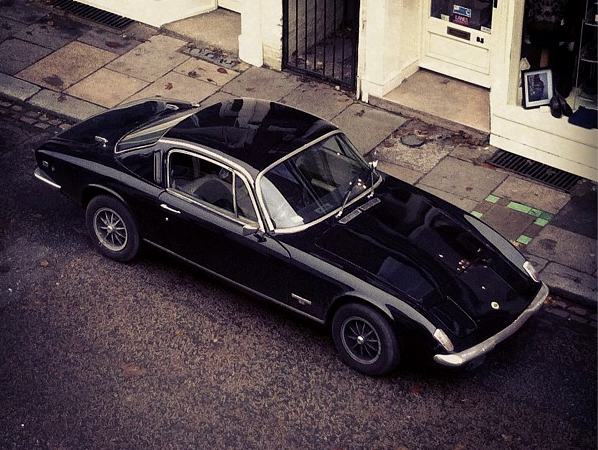