Rohan is correct. In 1968 I was in Sports Motors, Lotus dealership in Manchester. They had five Elans in the showroom, three of them unregistered, of the new cars two had wipers parked on the passenger side, one in front of the driver; on the nearly new cars there were one of each! The reason I remember this is because I had a conversation with Rodney Bloor (proprietor) about it. It also gets a mention in the John Bolster book.
I've currently got a 68 car with them on the passenger side and a 72 car with them on the drivers; my previous 68 car had them on the passenger side too.
The wiper arms are brushed stainless and the "Speedblades" are also stainless, the same part number as the two-wiper Jag E-Types. From time to time NOS items turn up in the UK.

We have discussed this ad nauseam here, as could be seen, if only the archives were more useable. 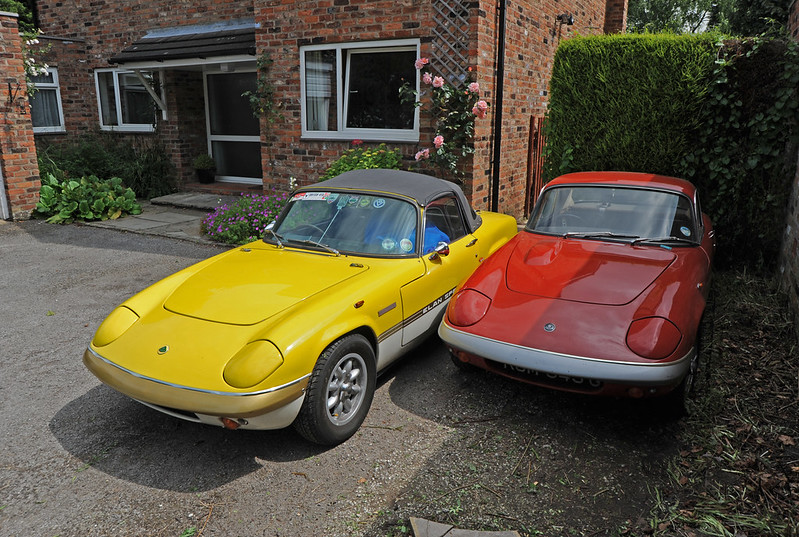 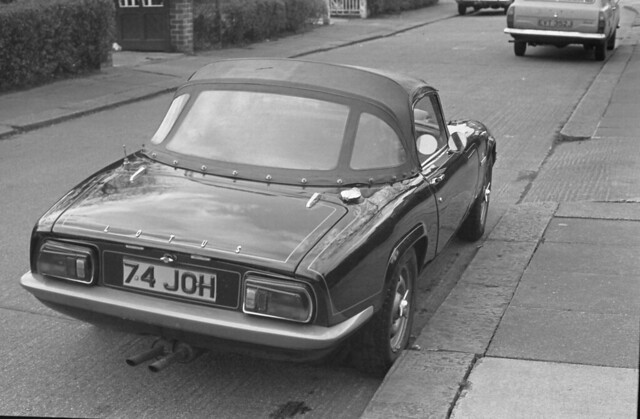 So there are two issues here.

1. Where are they supposed to be per the design data, parts manual etc

2. What got assembled into the car

Based on all of experiences, at various times due to parts shortages, at times due to untrained turnip farmers anything was used... This was pre-ISO9000. BTW I am sure many of Lotus' part part shortages were self caused by not paying suppliers... but that's a whole new topic.

Glen, asked where are they supposed to be... having said that he has to fit the wiper blades & arms to match his actual wiper motor.
Phil Harrison
1972 Elan Sprint 0260K

I agree with Rohan -- parking of wipers was totally random. In fact, I'll bet that wipers parked on driver's side and passenger's side left the factory on the same day. I have owned my '65 S2 Elan (LHD) since new and the wipers park on the passenger's side.
Herb
26/4618

Had a quick look at other cars of the period Jag E type, Sunbeam Alpine and again seems somewhat random. Probability is that parking should be on the drivers side, but hey whatever was closest to hand.

On the way back from Curborough a while back, first time driving in the rain, and I remember thinking the wipers would be better parked on the Right.

They park on the right side. (just as I do!)

To throw another wrench into the works, I finally got the square bodied wiper motor on my RHD S2 to work again and found out that you can make the wiper motor park to either side quite easily or anywhere in between if you really wanted to. All you have to do is rotate the cap with the red park wire on it exactly 180 degrees and the motor will park the wipers on the opposite side. Any other position of the cap will make the motor stop with the wipers positioned in between.

With the round bodied motors in the newer cars, all you have to do is remove the plastic drive gear, pry the raised park switch activating bump off the gear and move it to the spare mounting holes that are 180 degrees away from the originals. Reassemble everything and now the wipers will park on the other side.

All this goes to show that the same motor can and was used for parking the wipers to either side no matter which style of wiper motor you have. I say just set them up to park on the side you prefer or that matches the crank angle of the wiper arms as I am sure Lotus did when the cars were new.

The other issue which drives which side the arms park on is the "crank" angle on the arm. Mine "crank" clockwise so parking on the LHS matches that angle and they park against the bottom of the screen. Maybe in 1968 Lotus only had clockwise crank arms so they parked them all on the left regardless of whether RHD or LHD cars. Maybe later in 69 on they also had anticlockwise crank arms so they could park them on the side to suit the crank and they chose to fit them on the driver side with the crank to suit?

1.drivers side LHD or RHD,
2.wiper park side LH or RH
3.wipe crank direction of blades Clockwise or anticlockwise
4. do it by production years from S1 to Sprint

rgh0 wrote:To really determine what Lotus was doing we need a detailed database of a representative sample of known not modified cars cars with data on

1.drivers side LHD or RHD,
2.wiper park side LH or RH
3.wipe crank direction of blades Clockwise or anticlockwise
4. do it by production years from S1 to Sprint

Rohan, so now you want to use data rather than anecdotes?

I am the original owner of a 69 LHD Federal DHC car. No modifications, accidents etc. The wiper position is the same as when I took possession of the car in July 1969 at the factory (no dealer intervention either).

The wipers park on the left hand side, in front of the driver. (I had to go look).

I should note that the wipers probably have been parked for over 30 years: I have not had the top (hood) up since something like 1982 - combination of not driving in the rain (California) and the car sitting unfortunately
for extended periods of time in the garage. But it will soon (a few months) be back on the road in completely renovated form (I am hard at it).
'69 Elan S4 SE
Street 181 BHP
Original owner

Really appreciate everyone's feedback, insights and research. Installed the wiper arms and blades today without issue. They "park" where they are supposed to and everything looks fine.