Seatbelt B pillar trims on a Plus 2?

Jon, did you find something satisfactory for this? I'm looking at various options right now. I've seen a few plastic types that look OK until I remember that the panel is curved. Metal may be the way to go.
1969/70 Elan Plus 2 (not S) 50/2036
"It just wouldn't be a complete day if I didn't forget something!" -Me

To be fair, other issues took precedence, but the interior refresh isn?t far away.

Also needing some solution for my car, I decided to explore the options with 3D printing. I don?t currently have a printer, but a local friend does.

First thing was to teach myself AutoCAD. Somebody recommended TinkerCAD which was simple to use but soon became restrictive in use. So over the weekend I downloaded Fusion 360 which is free for personal use. Watched a couple of their videos and after a few attempts got to a point where I could create following in just 10 mins So popped around my friends and after an hours printing I had my first prototype. To save taking seatbelt out, I made a cut halfway along one of long sides to allow fitting with belt in place. Looked promising but no flex in item, so removed and cut a couple of v shaped slots about 1/3 in from each end on inset collar. A tight fit but results look promising 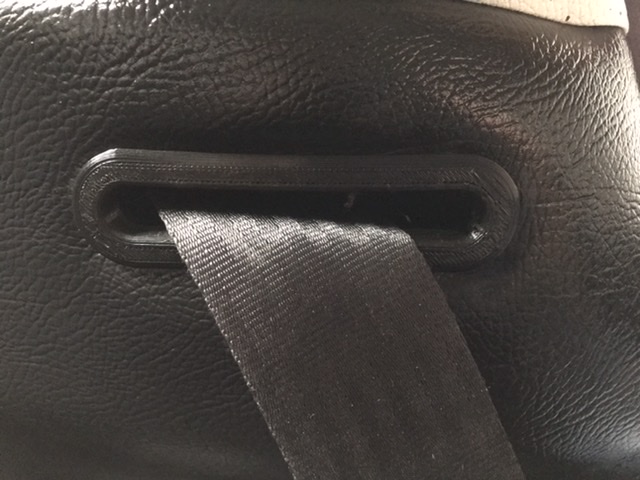 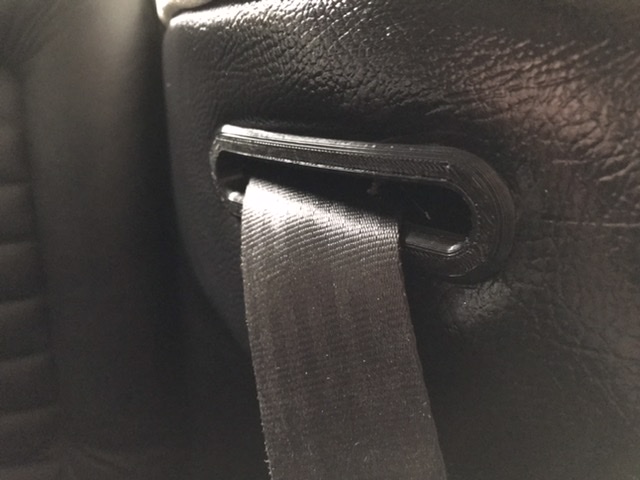 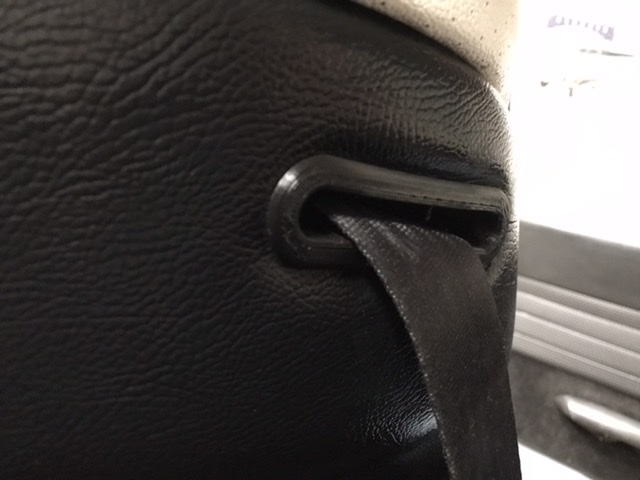 Good excuse to buy my own printer now, so I?ll start a separate thread on that to pick peoples brains.

I?d be interested in a pair of these, definitely. Even in black they would look better than what I have.

For sure I?ll offer something up here, once I?ve refined it. Be interested if the slots are standard size. Mine are 90mm by 17mm.

Would be easy to create a slightly larger surround and recess a hole each end for screwing, bolting or riveting in place, but I?m intrigued by challenge of making one that fits super tight and stays in place. I?m thinking serrated finish to inner collar to grip hard. Ideally could do with establishing actual curve to pillar and replicating that in CAD. Also how to build a basic fastener for slot I had to cut, to allow fitting of seat belt as is.

I'm interested as well! Maybe for us over this side of the of the world it would be easier to send us the file and we can either print them ourselves or find someone who can for us?
1969/70 Elan Plus 2 (not S) 50/2036
"It just wouldn't be a complete day if I didn't forget something!" -Me