Dear all,
On one of my regular conversations with Sean at Spyder this week, he let me know that Ken & Neil Myers have officially handed over the 6 speed gearbox conversion for the Elan to Spyder Cars Ltd.

The conversion is most straightforward for cars that have the original folded metal chassis, although the later revision 2 Spyder space frame chassis will also accept the gearbox conversion with a little fettling. Earlier Spyder space frames will need quite extensive modifications. You can tell the difference between the later and earlier Spyder chassis by the vacuum tank/crossmember with the later chassis having a notch to clear the front pulley of the twincam if the engine needs to be moved forward for a 5 speed MT75 conversion.

I'm told that the gearbox will be offered as supply & fit only.The gearbox is sourced from an MX5 6 speed and the casing and linkage is heavily modified to move the gear lever forwards by about 9 inches. I'm told by those who are lucky enough to have had one converted by Ken & Neil that the shift is superb and the ratios spot on for town, country or most importantly motorway.

Give Spyder a call if interested, their details are here http://www.spydercars.co.uk/
Kindest regards

Great news Alan. Thanks for posting.

Wonder what the mods to the later Spyder space frame are. When I fitted my MT75 a few years ago I ended up cutting one of the diagonal braces and bolting on a replacement piece of channel. The offending bit was the starter motor body. I think Sean indicated they would crush the oval profile strut material inward prior to frame fabrication if intended for an MT75 build.

Kind of makes sense support wise to just offer the six speed as supply and fit only if they end up with several frame varieties. Maybe once they get all the issues sorted they will offer the modded transmission 'kit' and a new fettled frame for overseas folks. Wonder if the Miata TC would fit?

Forgive me for sounding dumb but I am not sure exactly what is meant by "supply and fit". This certainly sounds like an interesting development, I was not sure if this particular gearbox conversion was going to gain any traction with a recognized supplier.
Russ Newton
Elan +2S (1971)
Elite S2 (1962)

Hi Russ,
"Supply and fit" is a common used term over here, it means that the product cannot be purchased for DIY fitment.

So, at the moment it won't be sold as a kit for people to fit themselves which is obviously a shame if you are not based in the UK. Maybe if we can prove enough interest is out there they will make it available, but I think that they want to get a few under their belt before pushing it out more.
Kindest regards

stugilmour wrote: Wonder if the Miata TC would fit?

The Mk2 1.8S Miata /MX5 motor has possibilities for a reasonably straightforward fit as it has the same inlet/exhaust arrangement as an LTC. They produce 150bhp as standard and can be tuned easily for 170bhp with throttle bodies and ecu. This motor bolts straight on to the version of the Miata 6 speed gearbox that is used for the conversion.


Beware the later 2:0 Mazda/Ford engines or you will need a lot of cutting and shutting and they don't bolt onto the gearbox that Spyder are offering. The inlet /exhaust is opposite to an LTC as well.
Kindest regards

Spyder fan wrote:Hi Russ,
"Supply and fit" is a common used term over here, it means that the product cannot be purchased for DIY fitment.

Alan,
Thanks, that makes sense. I am considering buying one of Spyder's standard Lotus configuration frames (folded sheet metal). Perhaps they could be persuaded to supply the Mazda gearbox conversion as a combined purchase. I'll query them on that approach.
Russ
Russ Newton
Elan +2S (1971)
Elite S2 (1962) 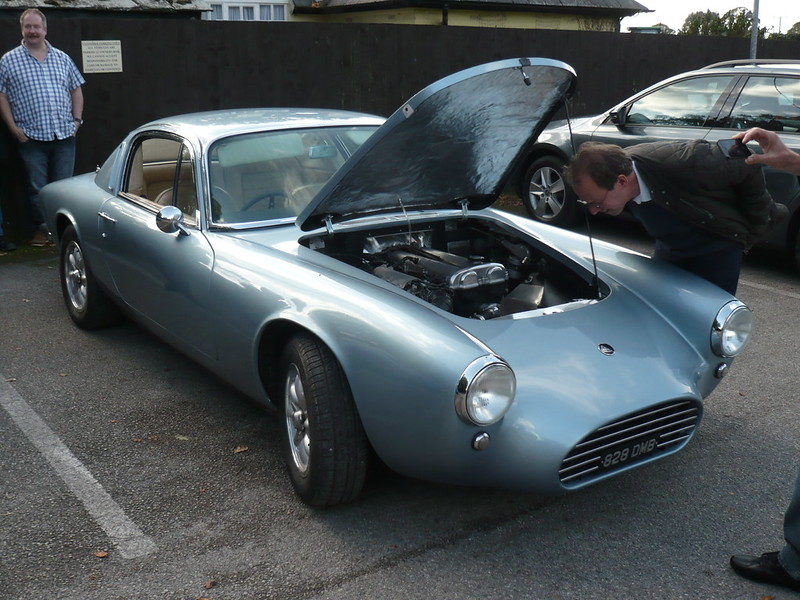 When you say the ratios are spot on, does that mean they are different from a stock Mazda box? I love MX5's and there gear boxes are as nice you can get, but if my recollection is correct (owned 2 of them) the ratios are not what I would prefer in my Elan. Do you have any idea what the ratios are, and are 5th and 6th both OD? As far as an early Spyder frame, which I have, I assume I would only need to notch the front vacuum tank which is not a concern for me.

My very uninformed view (having not driven my car yet) is that I'd want both 5th and 6th to act as over drive. So not convinced I'd want to go for a box with these ratios.
'73 +2 130/5 RHD, now on the road and very slowly rolling though a "restoration"

The first gear is only suited for doing a hillstart with a caravan and even then only with a 3.54 differential, anything else and its a crawler ratio, what remains is a 5 speed gearbox with reasonable ratios.

I am only reporting the upcoming availability of this conversion by Spyder, I don't have any financial connection other than being a satisfied customer for my Zetec and Duratec engined cars. I have done quite a bit of research into 6 speed boxes and although I'm no engineer and my maths stink at times I'm happy to pass on my own opinions and observations of others thoughts on the matter. As most of the questions seem to be coming from the USA I really think it would be worthwhile contacting Sean at Spyder to let him know there's a market for supplying a kit or he will just merrily concentrate on fitting to UK cars for the foreseeable future until somebody wakes him up to the opportunities.

Here's my thoughts on the 6 speed conversion, I think it's great to discuss this here, but maybe we need to put some of the points raised to Spyder for them to comment on officially.


One of the observations on Elan 4 speed boxes is that 4th is too short for cruising long distances using a standard 3.77 diff and that the 3.55 makes things a lot more bearable. However if you get stuck in stop start traffic you will find that relatively tall 1st gear extremely tiresome.

Using a standard 3.77 diff in an Elan results in slightly higher gearing than the donor car, if you think 1st is too short, then fit a 3.55 diff and get effectively an overdrive 5th and 6th.

I don't own one of these boxes, so I can only go on the opinions of those few that do have them.
1) The Elan is no traffic light racer with the standard transmission and drivetrain, we have all had to learn the finesse of using our left foot to pull away cleanly. Slow stop start traffic means we have to slip the clutch to move forwards. The relatively low 1st gear in the 6 speed eliminates most of the windup and surge and allows for cleaner easier getaways as well as being more restful/less stressful in stop start slow traffic.
2) Using a standard 3.77 diff 4th gear is slightly lower than a standard box meaning you can happily tootle through town in 4th between 20 - 30 mph.
3) on "Elan" type driving roads where you are having some fun the ratios between 2nd and 5th allow you to fully exploit the characteristics of the Lotus Twin Cam even in a relatively modest form of tune.
4) 6th is for those boring bits of road that connect the fun Elan type roads
Kindest regards

I'm running an MT75 box in my sprint and 1st gear is pretty useless and a hindrance in a hill climb/sprint.

gav wrote:I'm running an MT75 box in my sprint and 1st gear is pretty useless and a hindrance in a hill climb/sprint.

What diff are you using Gavin? I have MT75's in both my cars and run Scorpio 3.64 diffs, I wouldn't describe 1st as being useless with approx 40mph at 7000rpm (red line is 7500 in both cars).
Kindest regards